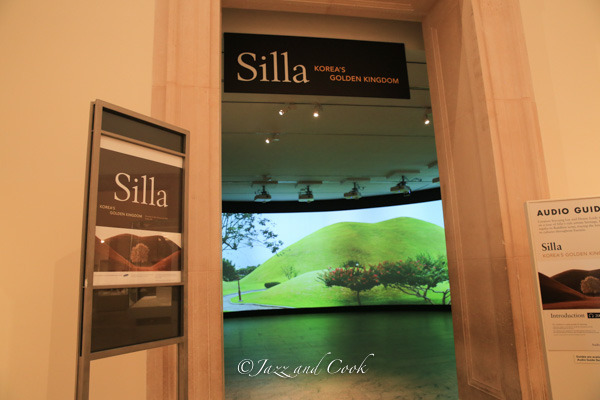 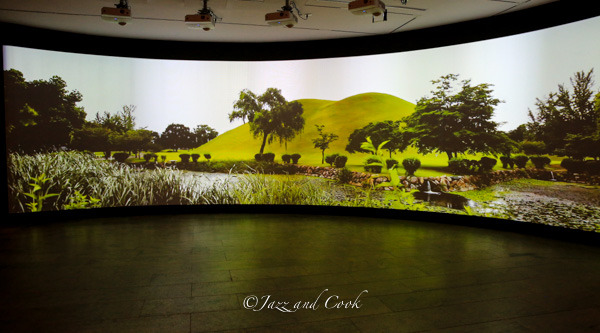 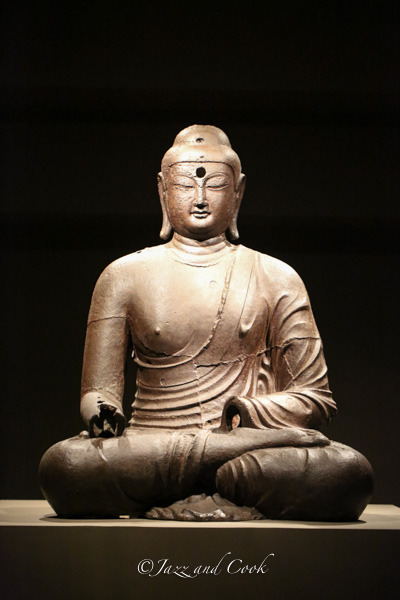 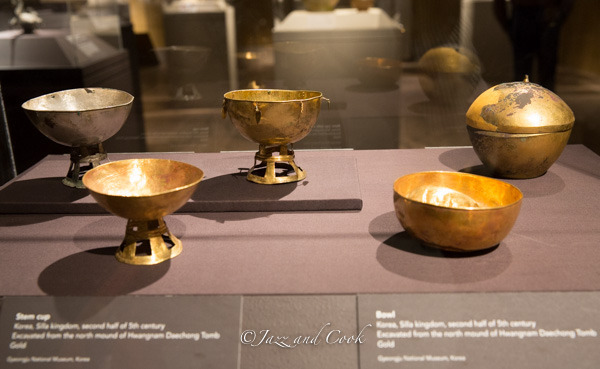 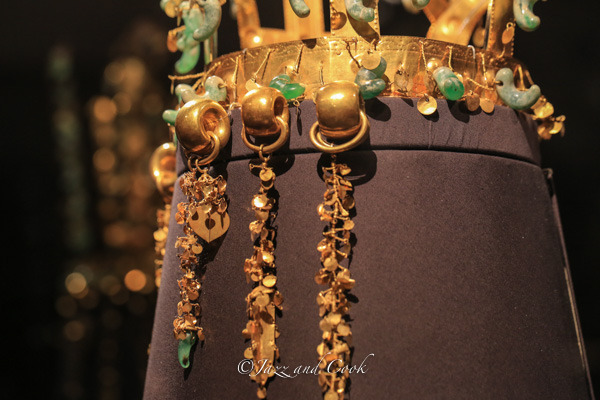 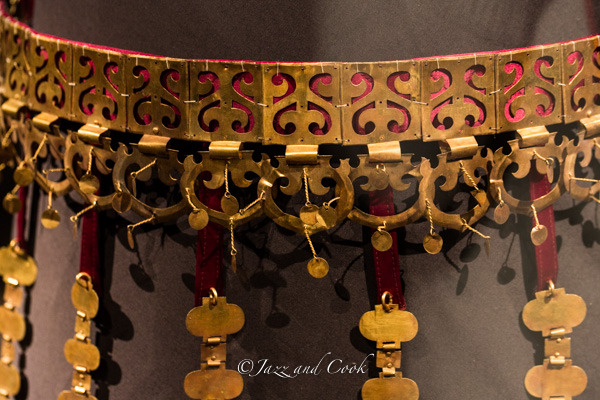 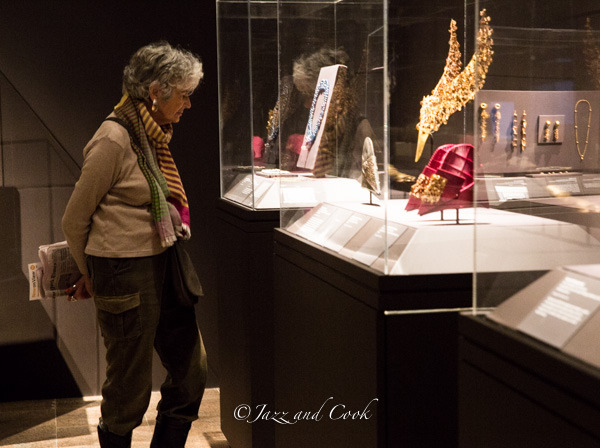 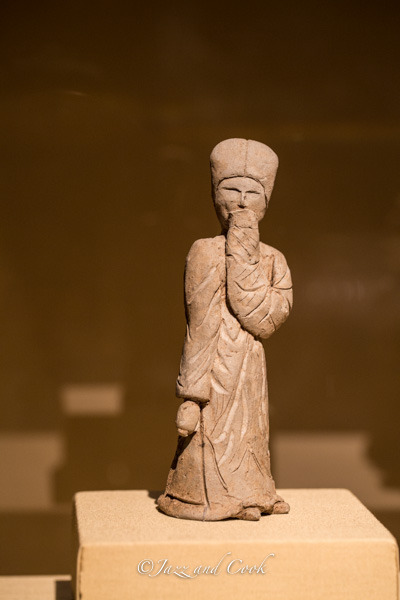 Here’s a good question for “Jeopardy!”: One of the world’s longest-running dynasties, it emerged around 57 B.C. and grew to dominate the Korean Peninsula in the seventh and eighth centuries before meeting its demise in A.D. 935.

The answer: What was Silla?

If the name Silla is unfamiliar, it might be partly because no major museum exhibition about this kingdom’s art, craft and culture has been mounted in the West until now. “Silla: Korea’s Golden Kingdom,” at the Metropolitan Museum of Art, presents more than 130 objects dating from A.D. 400 to around 800, organized by Soyoung Lee, associate curator, and Denise Leidy, curator, in the Met’s Asian art department, with colleagues at the National Museum of Korea in Seoul and the Gyeongju National Museum.

The first of the show’s three sections presents small objects excavated from fifth- and sixth-century royal tombs buried under enormous earthen mounds in Silla’s capital city, Gyeongju, near the peninsula’s southeastern coast. It was customary to put valuables in tombs to provide the dead with resources in the afterlife. The jewelry, pottery, metal vessels and weapons here from early Silla belong to a culture based in shamanism and influenced by the arts of horse-riding tribes of the Eurasian steppes. Most conspicuous are pieces of delicate, gleaming gold jewelry, including dangling earrings made of links, rings and geometric and organic forms. There are also necklaces made of glass beads, another favorite material in Silla jewelry.

The pièce de résistance is a crown in the form of a gold headband with attached, upright, branchlike elements cut from thin gold sheets. Many small, comma-shaped pieces of jade are attached by fine wires, and chains of spangles and leaf shapes hang down from the headband, all of which adds to its appearance of gaudy opulence. The crown is accompanied by a belt of linked squares of flattened gold from which dangle gold charms in the shapes of a fish, a knife, tweezers and a medicine bottle. Like a number of other works in the exhibition, the crown and the belt have been designated Korean National Treasures.

The pottery is striking for its simplified form, all-gray surface and abstract decoration consisting of finely incised lines and geometric shapes. One enormous bottle has the shape of a bubble about two feet in diameter. There’s not a lot of representational imagery in the first section, but a delightful little stoneware vessel in the form of a dragon-tortoise hybrid from the early sixth century attests to a lively mythic imagination. So do several eighth-century sculptures of zodiac figures in the show’s second part, including a wonderful pair of sword-wielding deities with human bodies and animal heads (a horse’s and a boar’s) crisply carved in high relief from cutting-board-size slabs of agalmatolite.

Many objects found in the tombs were evidently not of local origin. The second section of the exhibition presents glassware believed to have come from Rome and China and an extraordinary dagger and sheath resplendently decorated in curvy gold tracery inlaid with colored glass and garnet. This luxurious fifth-century weapon is thought have hailed from the Black Sea area or Central Asia. Imported artifacts like these bespeak a cosmopolitan society whose trade routes reached far and wide in the known world.

Nothing in the exhibition’s first two parts prepares you for the third section, which finds Silla galvanized and unified by a new and powerful import: Buddhism, which became the kingdom’s state religion between 527 and 535. One of the most captivating pieces here is a three-foot-high sculpture of a young, lithe bodhisattva made of gilded bronze. Smiling sweetly, he nods his head and raises the fingers of his right hand to touch his cheek while resting his right foot on the thigh of his left leg. This sculpture — also a Korean National Treasure — is jaw-droppingly beautiful, and it exudes an infectious serenity.

The last piece in the exhibition, a massive, larger-than-life Buddha seated in the lotus position, made of cast iron in the late eighth or early ninth century, is equally compelling. But in contrast to the youthful bodhisattva, this one seems ancient, a monumental embodiment of timeless cosmic consciousness.

The works in this section, including many smaller representations of Buddhist divinities in stone and gold and other metals, show that, along with Buddhist beliefs, came what seems a suddenly enhanced skill in figurative representation among Silla’s artisans. They obviously learned from Indian and Chinese examples, but the leap from the comparatively primitive works to these pieces of world-class sophistication is dumbfounding.

Silla’s embrace of Buddhism also brought about a change in its burial practices. No longer were the dead interred with valuable works of art for the afterlife. Under Buddhism, art would be for living beings, and so it would have a large public dimension. And since gold was used profusely in Silla’s Buddhist public art, the nation acquired the moniker “the golden kingdom.”

Many, if not most, of the greatest works of Sillan art are site-specific and unmovable. One of the most prized is the Seokguram Grotto, an underground, dome-ceilinged room occupied by a colossal seated Buddha all made of granite. Here, a fascinating short video gives a tour of it and shows, by digital animation, how it was put together. After seeing it, you might experience an irresistible urge to book a trip to Gyeongju.